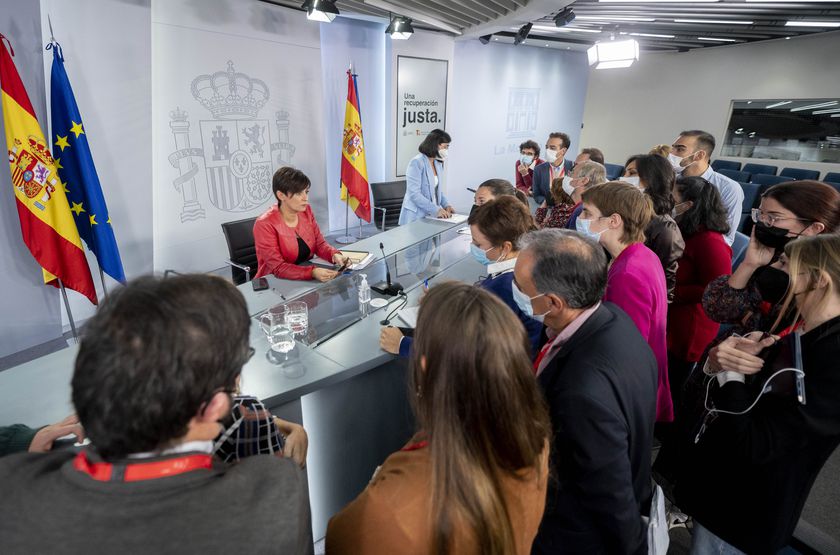 Who can avoid paying the municipal capital gains tax after the government's legal limbo?

Today, 10 November, the modification of the regulations to make the municipal capital gains tax legal and constitutional came into force. Specifically, Royal Decree-Law 26/2021 of 8 November adapts the tax to the successive declarations of unconstitutionality. As the regulation does not have retroactive effects, it may mean that many more taxpayers will be able to avoid paying the tax and, conversely, that local councils will lose more revenue than initially expected.

The new regulation designed by the Ministry of Finance does not have retroactive effects, as established in the Third Final Provision of the Royal Decree-Law: "This Royal Decree-Law shall enter into force on the day following its publication in the Official State Gazette".

Therefore, and as José María Salcedo, partner of the law firm Ático Jurídico, points out, the new regulations and the new way of calculating the municipal capital gains tax cannot be applied to home sales or inheritances of homes made before its entry into force. Therefore, the new method of calculation will only be applied to transfers of property made after the entry into force of the change in regulations.

What happens with those transfers made before the Royal Decree-Law came into force? Salcedo considers that it would also not be possible to apply the regulations declared unconstitutional, once the Constitutional ruling has been published in the Official State Gazette.

Articles 107.1, 107.2.a), and 107.4 of the Texto Refundido de la Ley de Haciendas Locales have been expelled from the legal system and declared unconstitutional and null and void. However, the effects of this expulsion must await the publication of the ruling in the BOE (Official State Gazette).

But when this happens, they will foreseeably be ex tunc. That is to say, forever. Therefore, it will not be possible to apply this unconstitutional regulation to demand the tax on previous transfers.

What happens to transfers that are pending payment of capital gains tax?
All transfers, whether sales, inheritances or donations of property, carried out before the entry into force of the Royal Decree-Law (before 10 November) and which have not yet been settled, self-assessed or declared, have no regulations with which to calculate and demand the tax to be paid. Different situations may arise, as Salcedo reminds us:

1. Taxpayers who are waiting for the City Council to notify them of a settlement

There are many taxpayers who declared the sale or inheritance of a property, as required by the municipal ordinance. And they are still waiting for the Town Hall to notify them of the liquidation. This is in violation of the maximum period of six months for payment, as stipulated in the Ley General Tributaria. Unfortunately, the settlement sent by the council should not apply the new calculation method, as the new regulation does not have retroactive effect. Nor can this settlement be based on the calculation method declared unconstitutional in the ruling of 26 October.

Therefore, lawyer Salcedo advises that any liquidation that is notified from now on, but which refers to operations carried out before the entry into force of the Royal Decree-Law, should be appealed because he considers that it could be illegal.

2. Taxpayers who are within the deadline for submitting their self-assessments

Those taxpayers who are pending self-assessment of the tax, for a sale or inheritance carried out before the entry into force of the Royal Decree-Law, will be in the same situation. "This can be a very common case in the case of inheritances, whose self-assessment period is 6 months, extendable to one year", says Salcedo.

As with the liquidations, these taxpayers will not be able to calculate the tax based on the new calculation method nor on the old method because it has been declared unconstitutional. Salcedo, therefore, advises them to self-assess the municipal capital gains tax at zero. And if the Town Hall wants to issue a liquidation either applying the new or the old regulations, he recommends that the taxpayer appeals against it.

3. Taxpayers who are within the deadline for declaring a transfer of a property

Those taxpayers who have sold a property or inherited a house before the entry into force of the Royal Decree-Law and must declare this transfer to the local council, it is advisable to make such a declaration. This, requesting that no liquidation be issued because the new regulations cannot be used, as they do not have retroactive effects, nor can the regulations declared unconstitutional, which will disappear definitively when the ruling is published in the BOE (Official State Gazette).

In the event that the City Council decides to settle, Salcedo advises appealing the settlement.

4. Taxpayers who did not declare the tax, or did not submit the self-assessment

Taxpayers who did not declare the tax at the time may also be exempt from paying it. "The administration can verify the non-compliance with this obligation by notifying the appropriate tax assessment. However, in the case of taxable events at the entry into force of Royal Decree-Law 26/2021, there are transfers that cannot be settled in accordance with the new regulations. Nor, due to the declaration of unconstitutionality, by applying the regulations in force on the date on which the transfer took place", adds the partner of Ático Jurídico. Therefore, they will be able to appeal the settlement that is issued, in order to avoid paying the municipal capital gain.

In short, José María Salcedo believes that this "tax limbo" of the Government could bring more joy to taxpayers than the Executive itself estimates. Thus, it will not only affect those who transferred a property after 26 October, the date on which the Constitutional ruling was handed down, and until the Royal Decree-Law comes into force, but also all transfers which, at the date of entry into force of the latter regulation, have not been settled, self-assessed or declared. These transactions could avoid the payment of municipal capital gains tax.

I agree See preferences I disagree